(1 Review)
Price Starts From On Request
Save To Wish List

When you book with an account, you will be able to track your payment status, track the confirmation and you can also rate the tour after you finished the tour.
Sign Up
623

Kathmandu with Bhaktapur Tour is one of the most popular sightseeing tours consisting of Seven UNESCO World Heritage sites around Kathmandu Valley. Kathmandu is the capital city of Nepal and is considered as the heart of Nepal. Kathmandu valley the political, commercial, cultural hub of Nepal is framed for its natural beauty and historic and holistic places. Kathmandu valley contains three fabled cities, Kathmandu, Patan, and Bhaktapur. Kathmandu city has an artistic exposition of graceful temples, elegant palaces, brick-paved courtyards, and giant streets.

It is surrounded by green mountain walls above which tower mighty snowcapped peaks and holds the pilgrimage places for both Hindus and Buddhists. Bhaktapur is an ancient city about 12 km outside of Kathmandu city within the Kathmandu valley. Once one of the capitals of Nepal in the 15th century, today it’s Nepal’s third-largest city and renown as being a city of culture, temples, and craftwork. A trip to Nepal would not be complete without visiting this magnificent ancient city filled with many things to see and do.

Nagarkot is a hilltop situated at an altitude of 2175 meters/7135 feet. It holds the reputation for Authentic Himalayan views including eight mountain ranges from Dhaulagiri on the east to Kanchenjunga to the west including Annapurna, Manaslu, Ganesh Himal, Langtang, Jugal, Rolwaling, Everest, and Number. It is considered as one of the best viewpoints for Everest’s view, one gets from just 32 Km outskirt of Kathmandu.

Welcome to the land of the Himalayas. You will be welcomed by the high snowcapped peaks. Our company representative will escort you to your hotel. You will be provided with all the detailed information about your Kathmandu With Bhaktapur Tour program. Overnight stay at Hotel in Kathmandu.

After breakfast you will move for a full day Kathmandu Heritage Tour consists of Kathmandu Durbar Square, Swoyambhunath Stupa and Patan City.
Kathmandu Durbar Square (City of Temples): This complex of palaces, courtyards and temples like Hanuman Dhoka Palace, Kumari Ghar (Abode of the Living Goddess), Taleju temple, built between the 12th and 18th centuries, used to be the seat of the ancient Malla Kings of Kathmandu. An intriguing piece here is the 17h -century stone inscription set into the wall of the palace with writings in 15 languages. The Durbar Square, protected as a UNESCO World Heritage Site, is the social, religious and urban focal point of the city.

Later you will be driven to Nagarkot for overnight stay. Nagarkot is a hilltop situated at an altitude of 2175 meters/7135 feets. It holds the reputation for Authentic Himalayan views including eight mountain ranges from Dhaulagiri on the east to Kanchenjunga to the west including Annapurna, Manaslu, Ganesh Himal, Langtang, Jugal, Rolwaling, Everest and Numbur. It is considered as one of the best viewpoint for Everest view, one get get from just 32 Km outskirt of Kathmandu. Overnight stay at Hotel in Nagarkot.

Wake up early morning at a dawn for the best sunrise view over the Himalaya including the Mighty Mount Everest. The first light of the day passing over the highest mountain range in the world making it golden, is a must watch view. One can enjoy the view from the Hotel or hike 10 minutes to view point for un ubstructed view. Later after breakfast at your Hotel you will drive back to Kathmandu. On the way visit Changunarayan Temple, Bhaktapur city, Pashupatinath Temple and Boudhanath Stupa. Changunarayan Temple is considered to be an oldest Temple in Kathmandu valley. Built in 325 AD, it stands as a milestone in Nepali temple architecture with rich embossed works. The temple is dedicated to Lord Vishnu (Narayan), the creator of all. You can se the Garuda facing the west door, is said to date from 5th century and in front of this statue is the oldest stone inscription in the valley, dating from AD 464.

Afterwards drive to Kathmandu. On the way visit Bhaktapur (City of Devotees), locally known as Bhadgaon and Khowpa (in Newari). This ancient city is also known as “City of culture”, “Living heritage” and “Nepal’s Cultural Capital. A visit to Bhaktapur is a cultural sightseeing where we can also enjoy seeing the traditional people and their lifestyle. The major attractions of Bhaktapur Durbar Square are Taleju Temple, Nyatapole Temple, most famous pagoda of Nepal, dedicated to Siddhi Laxmi, the tantric Goddess of supreme power and success, Big bell, 55 windows Palace, built by Yakshya Malla, considered with woodcarving, Yaksheswor Mahadev Temple, built by Yakshya Malla in 15th century.

Later drive to one of the biggest in the world of its kind and the popular Hindu pilgrimage site, Pashupatinath Temple, which lies 6 Km from central Kathmandu. Buddhist people worships Pashupati as Bodhisatva Avalokiteswara. Both Avalokiteswara and Siva are known as Lokeswar, Lord of the World.

Bouddhanath Stupa lies about 6 km east of downtown Kathmandu and is the largest Stupa in the Valley and one of the largest in the world. It looms 36 meters high and presents one of the most fascinating specimens of Stupa design with hundreds of prayer wheels and 108 small images of Buddha all around. Just like the Swayambhunath, the Stupa here is too has four sides with the watchful eyes of Lord Buddha.

Your Trip to Nepal ends. A Great Nepal representative will guide you to the airport some 3 hours before the flight. Have a safe journey ahead.

Price Starts From On Request 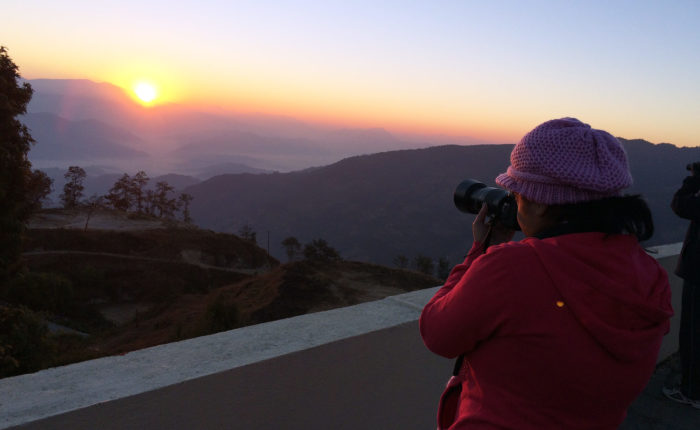 We had gone to Nepal to teach for a 5 week placement. On arrival we were greater by lovely staff, and introduced to Surya who owned great trek Nepal. On our days off from teaching suyra shower us around various and amazing places in Nepal. Organising transport to and from the place and providing us with great knowledge about the history of the places of kathmandu and bhaktapur, we were visiting . Lovely people and lovely company to visit with.