Price Starts From On Request
Save To Wish List

When you book with an account, you will be able to track your payment status, track the confirmation and you can also rate the tour after you finished the tour.
Sign Up
55

Being a historical and cultural hub of country, Kathmandu provides a great opportunity to witness its medieval cities, living museums. This Kathmandu Photography Tour is specially prepared for photographers of all levels, who wants to capture the masterpiece created with the blend of culture, tradition with Himalaya vista.

Discover the mysterious yet colorful alleys of Kathmandu at a glance, capture the beauty of rich historic heritage sites, ride the rickshaw in Thamel, meet the locals and have a cup of tea with them, walk and shoot at Ason (an Authentic market), explore the city of Fine arts (Patan City) and City of Devotees (Bhaktapur), drive to Nagarkot for breathtaking sunrise view over Manaslu, Ganesh Himal, Gauri Shanker as well as Mount Everest and Kanchenjunga to the eastern horizon. This Kathmandu Photography Tour provides an ample opportunity to explore and photograph the real essence of this Ancient City at a glance.

Welcome to the land of the Himalayas. You will be welcomed by the high snow capped peaks. Our company representative will escort you to your hotel. You will be provided with all the detailed information about your program. Overnight stay at Hotel in Kathmandu.

Bungmati is a classic Newari village dating from the 7th century situated in a southern  part of Lalitpur overlooking the Bagmati River. In the center of the lively village square is the large Rato Machhendranath Temple, a shikhara-style temple rather than a pagoda. Bungamati is the birthplace of Rato Machhendranath, the God of rain and compassion. He is regarded as the patron guardian of the valley. Karya Binayak Temple, located between Bungamati and Khokana, is dedicated to Ganesh. There are some great views from the temple of the Bagmati Valley and of Bungamati. From the road linking the hamlets, a path leads up to a beautiful clearing and the walled compound of the shrine. Here Ganesh is emerged as an elephant-shaped stone and is believed to help complete difficult tasks.

Khokana is another ancient Newari village, a short walk across the paddy fields from Bungmati. Some may feel that a particular town or village has little or nothing to offer, but what some find boring – others find fascinating. Those that visit Nepal for the sheer experience of learning more about the lives and cultures of the local peoples will usually enjoy visiting even the simplest little farming village and getting to know the local inhabitants better. Khokana is a simple place, but it is filled with life, history and culture. If you have a real appreciation for such things, this little village is definitely worth a visit. The Newari people who live here seek out a simple living off the land. Much of their daily activities take place outside of their dwellings and they really do seem to embrace nature. Thus, as you make your way down the main street of the village, you will see woman sitting outside spinning, men crushing seeds, and other daily activities. The village is famous for its unusual mustard oil harvesting process in which a heavy wooden beam is used to crush the mustard seeds in order to extract the oil. This oil can be eaten if desired but it can also be used for therapeutic massage. Even if you are not a fan of the mustard plant, you simply have to enjoy the local mustard oil in whatever way appeals to you the most. Clearly, Kokhana does have something to offer – even if it will only keep you busy for a few hours. So make an effort to stop here during your travels and enrich your stay in Nepal.

Overnight stay at Hotel in Kathmandu.

Day 3:Explore Kathmandu City and Swoyambhunath Stupa at a glance

After breakfast start a full day photography excursion tour of UNESCO world Heritage sites in Kathmandu consists of Kathmandu Durbar Square and Swoyambhunath Stupa. Take enough time on your own to explore and capture the real essence of Kathmandu City.

Kathmandu Durbar Square (City of Temples): This complex of palaces, courtyards and temples like Hanuman Dhoka Palace, Kumari Ghar (Abode of the Living Goddess), Taleju temple, built between the 12th and 18th centuries, used to be the seat of the ancient Malla Kings of Kathmandu. An intriguing piece here is the 17h -century stone inscription set into the wall of the palace with writings in 15 languages. The Durbar Square, protected as a UNESCO World Heritage Site, is the social, religious and urban focal point of the city.

Overnight stay at Hotel in Kathmandu.

Bouddhanath Stupa lies about 6 km east of downtown Kathmandu and is the largest Stupa in the Valley and one of the largest in the world. It looms 36 meters high and presents one of the most fascinating specimens of Stupa design with hundreds of prayer wheels and 108 small images of Buddha all around. Just like the Swayambhunath, the Stupa here is too has four sides with the watchful eyes of Lord Buddha.

Bhaktapur (City of Devotees), locally known as Bhadgaon and Khowpa (in Newari). This ancient city is also known as “City of culture”, “Living heritage” and “Nepal’s Cultural Capital. A visit to Bhaktapur is a cultural sightseeing where we can also enjoy seeing the traditional people and their lifestyle. The major attractions of Bhaktapur Durbar Square are Taleju Temple, Nyatapole Temple, most famous pagoda of Nepal, dedicated to Siddhi Laxmi, the tantric Goddess of supreme power and success, Big bell, 55 windows Palace, built by Yakshya Malla, considered with woodcarving, Yaksheswor Mahadev Temple, built by Yakshya Malla in 15th century.

Later you will be driven to Nagarkot for overnight stay. Nagarkot is a hilltop situated at an altitude of 2175 meters/7135 feets. It holds the reputation for Authentic Himalayan views including eight mountain ranges from Dhaulagiri on the east to Kanchenjunga to the west including Annapurna, Manaslu, Ganesh Himal, Langtang, Jugal, Rolwaling, Everest and Numbur. It is considered as one of the best viewpoint for Everest view, one get get from just 32 Km outskirt of Kathmandu. Overnight stay at Hotel in Nagarkot.

Wake up early morning at a dawn for the best sunrise view over the Himalaya including the Mighty Mount Everest. The first light of the day passing over the highest mountain range in the world making it golden, is a must watch view. One can enjoy the view from the Hotel or hike 10 minutes to view point for un obstructed view. Later after breakfast at your Hotel you will drive back to Kathmandu and transferred directly to International Airport to board your onward flight.

(If you have late departure flight late, you can add Changunarayan Temple visit)

Price Starts From On Request

0
Price Starts From On Request 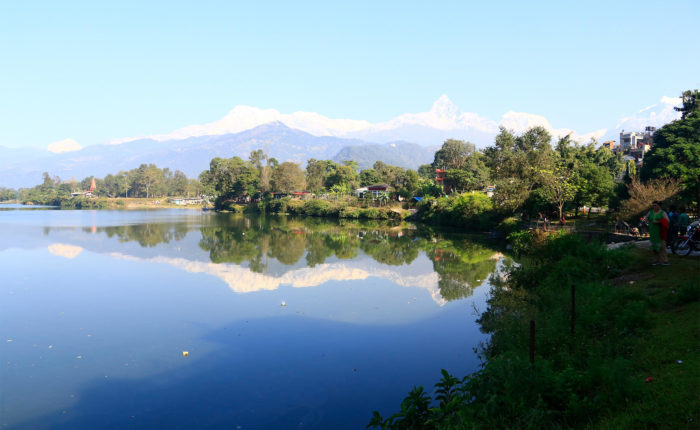