When you book with an account, you will be able to track your payment status, track the confirmation and you can also rate the tour after you finished the tour.
Sign Up

Or Continue As Guest

When you book with an account, you will be able to track your payment status, track the confirmation and you can also rate the tour after you finished the tour.
Sign Up
586

Nepal Cultural Tour with Himalayan Vista is the combination of Cultural sightseeing and hiking around Himalaya, it diversifies the authentic Nepali culture of Kathmandu, white water rafting at Trishuli river, jungle safari at subtropical inner terai lowland, and enjoy the beautiful trip to the vantage point and soak into the stunning views of the Annapurna and Machhapuchhre peaks.

Where you can get an accumulated experience in one program, this trip offers to gain fusion experience of trekking trail and the heritage view. Nepal cultural tour delves and educational tour is one that numerous youths, as well as adults, have been found coming to Nepal with the intention of performing. This is a tour that is carried out by people who wish to learn and explore the intricacies of Nepalese culture and ways of living.

People, who want to carry out researches, make documentaries or movies are the ones who are interested in this kind of tours and as this also includes adventure, people are even more attracted to it. The main highlight of the Nepal Cultural Tour with Himalayan Vista is the sunrise view from the stunning viewpoint, Poonhill situated at an altitude of 3210 meters/10531 feet.

It is one of the best vantage points in the Annapurna Region from where one can enjoy the 360-degree views of the high Annapurna and Dhaulagiri peaks with uninterrupted sights. During the spring, the hillside of the surrounding areas gets covered with stunning palettes of red color with the blooming of Rhododendron. This trip has always been the Photographer’s Paradise as the views from this location exert a truly heavenly beauty.

Welcome to the land of the Himalayas. Our company representative will escort you to your hotel. You will be provided with all the detailed information about your trip. Overnight stay at Hotel in Kathmandu.

After breakfast at your Hotel in Kathmandu, you will be transferred to Raft Put-In point, Charaudi (85 KM 3 hour). Followed by a short briefing about safety and guidelines by our professional Raft Guide, your adventure will start with the currents of Trishuli River. For 3-4 hours you will be rafting over some class 2 or 3 rapids called “LADIES DELIGHT”, “UPSET” and “SURPRISE”. Your instantly cooked fresh lunch will be waiting for you at Riverside camp. After lunch drive to Chitwan. Upon your arrival at Chitwan, you will be moved to the hotel for check-in purposes. The rest of the day will have briefings about the tour activities. In the evening, enjoy the Tharu Dance Program followed by a typical Nepali dinner.

Early in the morning, get ready for the jungle safari. Take lots of photos and videos while on safari. Who knows what you’ll come across. After breakfast, you will be guided to the Elephant Breeding Center. There, you will see how the elephant meals are prepared and how they are fed. The guides will explain the nature of elephants and all other things related to such species. During the evening, you will visit the Tharu village.

Early in the morning, you will drive to Pokhara after having the morning meal. Upon our arrival at Pokhara some 4 hours later, you will be moved to the hotel for check-in purposes. During the evening, one can visit the Fewa Lake to boat and visit the Tal Barahi Temple.

After breakfast you will drive to Nayapul. The small village is the starting point of the trek. Just follow the Modi Khola (River) through picturesque farmlands and rice terraces to get to Tikhedhunga. Overnight at tea house lodge in Tikhedhunga.

Fuel yourself up with a delicious and nutritious rural delicacy. From today, the real trekking starts as you will have to hike up and down the strenuous hills of the region. Start with a steep climb on the 3500 stone steps to reach Ulleri. Further hike uphill will end the strenuous trail and make the trail easier. After a few hours of trekking, you will reach Ghorepani. Along the trail, experience the beautiful views of the Rhododendron forest, diverse flora and fauna and the scenic hillside. Overnight at tea house lodge in Ghorepani.

Today, we will start at pre-dawn. Hike along the steep stairs to get to Poon Hill. The hike will take us about an hour. The sunrise views from the stunning viewpoint are breathtaking. Poon Hill is one of the best vantage points in the Annapurna Region. Enjoy the 360-degree views of the high Annapurna and Dhaulagiri peaks with uninterrupted sights. During the spring, the hillside of the surrounding areas gets covered with stunning palettes of red color with the blooming of Rhododendron. This photogenic place has been staying as one of the highlights of this trek. After breakfast, you will continue the trek on an easy walk to Tadapani through the dense forest alongside green hills and diverse wildlife. Overnight at tea house in Tadapani.

You can enjoy your breakfast then head towards your destination Ghandruk. Ghandruk is a Gurung village surrounded by amazing mountains such as the Annapurna and Machhapuchhre. The village is famous for its well preserved typical Gurung lifestyle and the traditional festivals. You can feel the warm hospitality of the Gurung community. Overnight at tea house in Ghandruk.

Day 9: Trek down to Nayapul and Drive back to Pokhara

After breakfast trek down towards Nayapul via Birethanti. Your vehicle will be standing by to drive you back to Pokhara. Rest of the day or explore around the Fewa Lake. Overnight stay at Hotel in Pokhara.

Kathmandu Durbar Square (City of Temples): This complex of palaces, courtyards and temples like Hanuman Dhoka Palace, Kumari Ghar (Abode of the Living Goddess), Taleju temple, built between the 12th and 18th centuries, used to be the seat of the ancient Malla Kings of Kathmandu. An intriguing piece here is the 17h -century stone inscription set into the wall of the palace with writings in 15 languages. The Durbar Square, protected as a UNESCO World Heritage Site, is the social, religious and urban focal point of the city.

Later, in the evening, enjoy a farewell dinner at a Nepalese Restaurant. Overnight stay at Hotel in Kathmandu.

Your trip concludes. A Great Nepal representative will guide you to the airport some 3 hours before the flight. Have a safe journey ahead. 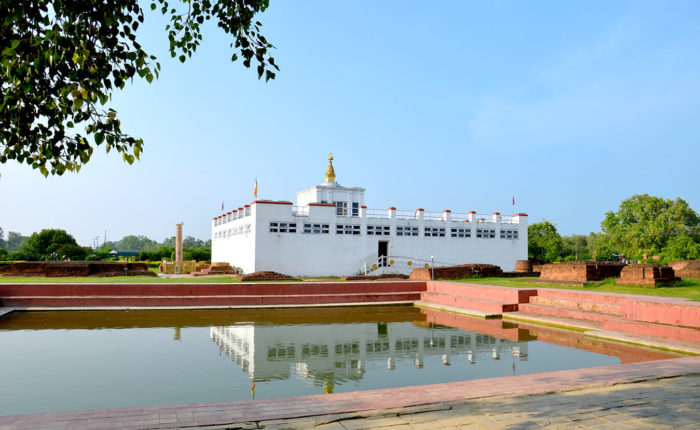 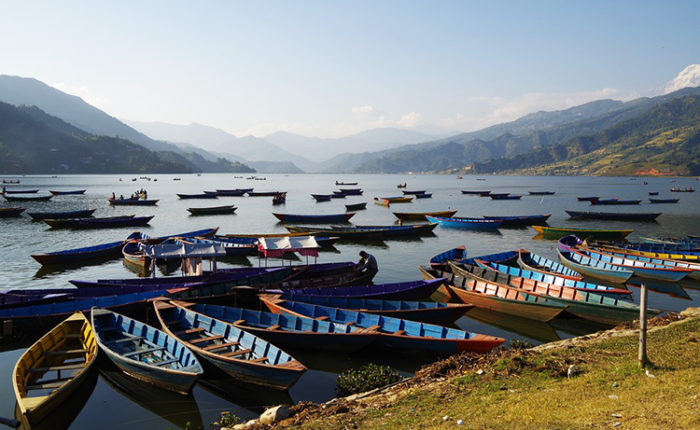 From$565
(1 Review)
We use COOKIES on our website to give you most relevant experience by remembering your preferences. By clicking “Accept”, you consent to the use of ALL the cookies.
Do not sell my personal information.
Cookie SettingsAccept