The unprecedented deaths of the endangered great one-horned rhinoceros have become a major concern for the Nepali Government.

Eighteen rhinos have died in the past 8 months of the current FY 2019-20 at Chitwan National Park.

The dead rhinos include:

According to the Department of National Parks and Wildlife Conservation (DNPWC), these deaths have been attributed to natural reasons. 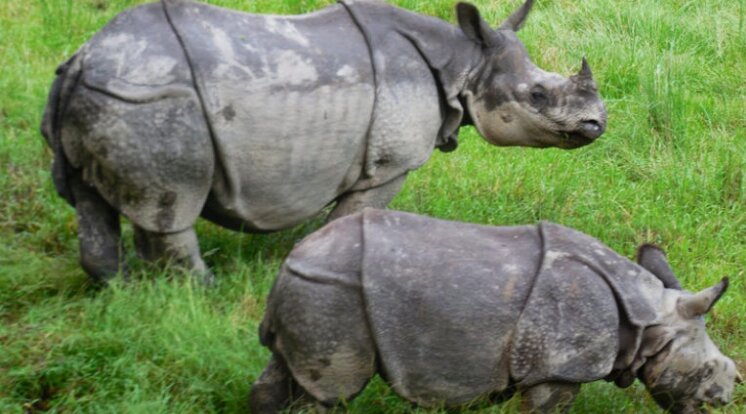 A Chitwan based laboratory tested the samples of the dead rhino bodies. According to the preliminary report, many deaths were caused due to high consumption of mustard flowers.

“It is suspected that the rhinos died by consuming mustard flowers that have toxic effects on these animals,’’ said Bishnu Prasad Shrestha, information officer at the DNPWC.

Other reasons for rhino deaths are:

A 9-member task force of specialists led by Ram Chandra Kandel, Deputy Director-General of DNPWC, will visit Nawalparasi, Kesariya and Chitwan to investigate the causes of deaths of rhinos.

While the country is celebrating zero poaching years of rhino, the natural deaths have raised concerns among the conservationists.

A total of 46 rhinos died due to natural causes last FY 2018-19 at the Chitwan National Park.

The fatality rate looks daunting, especially at a time when the nation is anticipating to attract 2 million foreign tourists during the ‘Visit Nepal Year 2020’ campaign. This could make negative impact upon the tourism sector.

One-horned rhinos is one of the best tourist attractions of Nepal. Chitwan National park which features over 600 rhinos attracts around 200,000 tourists every year.